Read More
Discover all the news

A family tradition still going strong after more than 50 years

In 1965, Raymond Martel, with support from his brother Gilles, decided to start his own business. He began by selling – at construction sites – sandwiches prepared by his mother and his wife, Cécile. Many developments and acquisitions quickly followed this initial business initiative. Later, the company extended its scope of activities over a vast sales territory covering Quebec, Ontario, and the Maritimes.

Today, Martel Group, whose head office is located in Terrebonne, is the top-ranking company in the sandwich and submarine industry, well ahead of its competition. 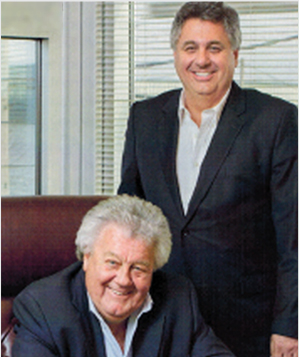 Maker of cookies and muffins with a production facility in Laval.

Direct delivery service operating in the Maritimes, Quebec, and Ontario.

Work in the manufacture of ready-to-eat vegan products.

Founded in 2006, we only work with high quality Quebec products and for the most part Biologic and Fair Trade.

Would you like to pursue your professional development with a growing company that cares about the quality of its work environment? We’d certainly like to meet with you.

Send us your resume

Martel Group has been active since 1965 in the food industry.

Feel free to contact us with any question or information request you may have.

© Le Groupe Martel 2022 – all rights reserved. Use and confidentiality